It sounds impressive, but if you think Google Glass looks silly...

// published on The Verge - All Posts // visit site 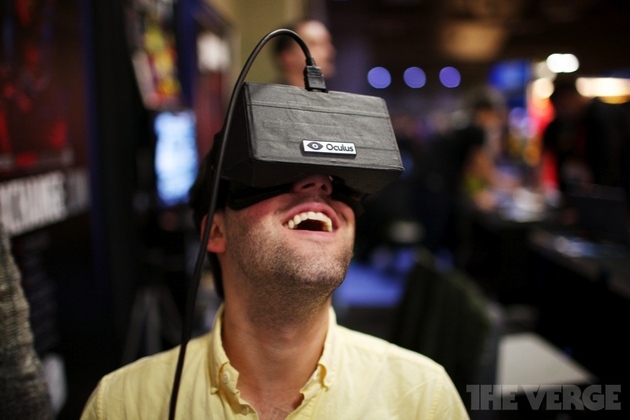 According to Oculus Rift inventor Palmer Luckey, virtual reality is near and dear to Marc Andreessen’s heart. Twenty years ago — before he created the Mosaic web browser — Andreessen was a college student working in a virtual reality lab, just like Luckey himself. But that’s not why the Andreessen Horowitz venture capitalist decided to invest millions of dollars in Oculus today. The company showed him a new version of the virtual reality headset — and a new vision — that reportedly blew him away.

"I looked at him and said, what do you think? Are you ready to change the world? And he said absolutely, let's do it. It was pretty much unanimous, right then and there," Oculus CEO Brendan Iribe tells The Verge.