It's all about making designers more productive. 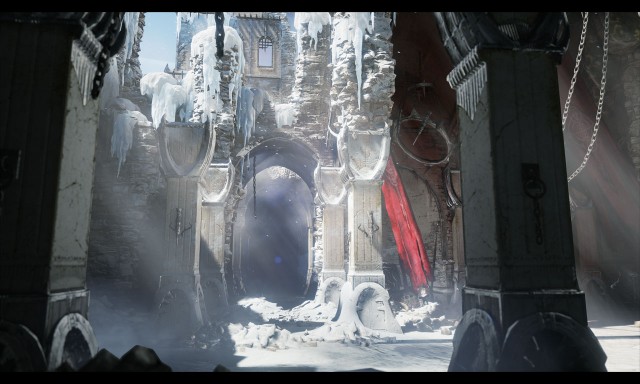 "I light my level by dropping a sun in."

That statement from Epic Games' Senior Technical Artist and Level Designer Alan Willard doesn't seem like such a big deal on the surface. To a non-programmer, it probably sounds like the blindingly simple and obvious way to add light to a three-dimensional environment ("Computer, drop in a sun, please. And make me some tea, Earl Grey, hot.") But to anyone who has worked with an existing game engine, including Epic's incredibly popular but six-year-old Unreal Engine 3, the ability to simply "drop in a sun" using the upcoming Unreal Engine 4 is a major improvement over the current status quo.

"I don't have to go through and place a ton of lights and process those down into light maps, so just from an iteration standpoint, the engine is able to be worked with at a much higher speed," Willard continues. "I can just begin placing things and they look like I spent three days tweaking the lighting to make it look like that."