In 2012, Valve released an update to their Steam platform called Big Picture, which essentially consisted of a new user interface tailored towards the needs of the living room where people use large HDTVs and gamepads in place of the usual keyboard and mouse interface. We’ve seen 10-foot UIs before – Windows Media Center and most of the game console interfaces being prime examples – and they’re pretty much required if you want a UI people can use while sitting on the couch. Along with Big Picture, the past several years have also seen Valve and Steam branch out from being a Windows-only software solution to something that’s available on OS X, Linux, and even (in a more limited fashion) on the PlayStation 3. Not every game within Steam is currently available on every platform, but increasingly we’re seeing more titles launch with support for all of the supported Steam platforms.

With all of the pieces in place, we started hearing rumblings about the “SteamBox” earlier this year, with most people assuming that Valve would put together something akin to a gaming console with a predefined set of hardware. This week, Valve has released additional details about what they’re planning, and it’s a move that will definitely shake up the gaming industry. Valve is taking a three-pronged approach, and they released some information about each aspect over the course of the past week: SteamOS, Steam Machines, and the Steam Controller. Many details are not yet finalized, but let’s quickly go over what we do know.

Perhaps the most interesting aspect of the announcement is that Valve will be releasing a new operating system, SteamOS. Similar to Google’s Android and Chrome OS, SteamOS will be based on Linux, and obviously there will be a lot of tuning to make SteamOS work well as a living room OS. Valve specifically mentions support for in-home streaming; music, TV, and movie services; and family options to allow the sharing of games between Steam profiles. Valve is also promising full compatibility with the current ~3000 titles available on Steam, which presumably means that Valve will be doing something similar to WINE (Wine Is Not Emulator) for those titles that don’t have native Linux support. Needless to say, it comes as no surprise that recently both NVIDIA and AMD made note of the fact that they will be doing additional work to improve Linux driver support moving forward.

Other aspects of SteamOS basically build off of everything that makes Steam as a platform so attractive to many users. All of your games that you purchased – any time in the history of Steam – are available anywhere you log in. Your friends list comes with you, save games and settings are stored in the cloud, and the Steam Workshop provides a wealth of user created content. Steam is currently available in 185 countries and 25 languages, and as anyone that has used Steam since it first debuted a decade ago can attest, Valve is constantly looking on ways to improve the platform. SteamOS may be the next evolution of Steam as a platform, but of course Valve will continue to support other operating systems as well.

The second bullet point is perhaps the easiest to understand: the Steam Machines are preconfigured hardware solutions from various partners that will run SteamOS. We don’t know precisely what the hardware will be, but all signs point to it being mostly off-the-shelf hardware that you could use in building any modern PC. There will likely be entry-level hardware, midrange hardware, and high-end solutions that cover a range of price points and performance. 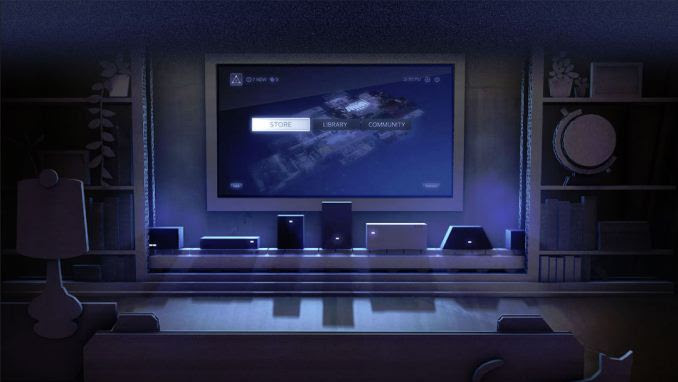 Valve will be releasing a prototype Steam Machine to 300 beta testers over the coming months, selected more or less randomly from applications received before October 25. We’ll know more about the precise hardware configuration Valve is using in a month or so. It will also be possible to download and install SteamOS on your own (though we're not sure when SteamOS will go public), so at its most basic level a Steam Machine is just any PC that happens to be running SteamOS.

The third and final item that Valve announced is their new Steam Controller. Gamepads are nothing new for gaming consoles, but the Steam Machines are in a somewhat unique position of providing a vast library of games where many titles were not built with gamepads in mind, and certainly not the Steam Controller (which hasn't existed prior to this announcement). 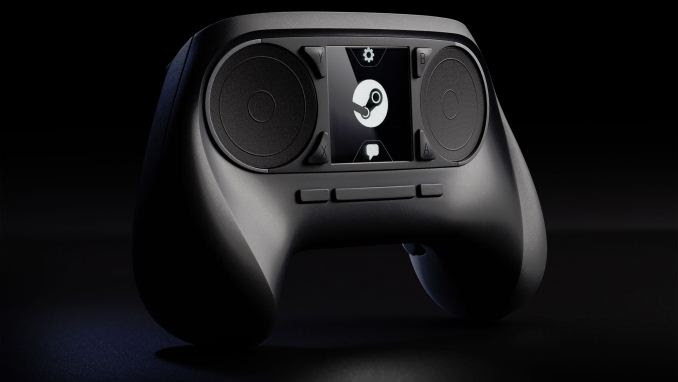 The Steam Controller is significantly different than what we’ve seen with most gamepads. Instead of the usual dual thumbsticks, the Steam Controller includes two high-resolution circular trackpads, which are also clickable. In addition, there will be 16 buttons (with the ability to shift between left or right hand configurations via a software switch) and a touchscreen in the center – though the initial prototype will have four buttons in place of the touchscreen. Valve is also promising improved haptics (i.e. force feedback) via dual linear resonant actuators (small, strong, weighted electromagnets attached to the circular trackpads). 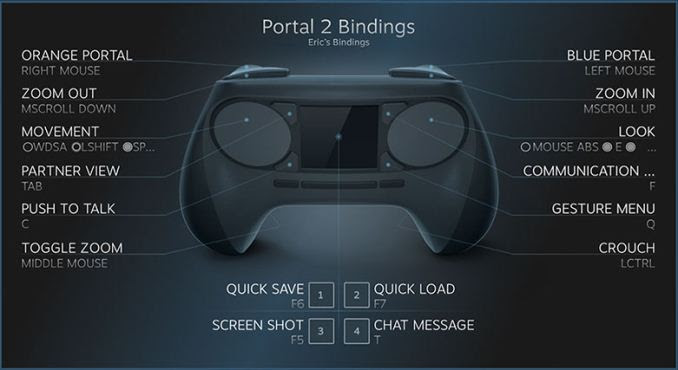 As with SteamOS, Valve is promising full compatibility with the entire Steam library, which means they need a way for their gamepad to work in place of the keyboard and mouse that some titles are going to expect. The combination of a touchscreen, various buttons, and the circular touchpads together provide the necessary platform, and a utility will allow users to customize any game for the new controller. Valve will also be leveraging the power of their Steam Community to allow users to share custom configurations, so similar to NVIDIA's GeForce Experience and AMD's new Gaming Evolved (powered by Raptr), you won't necessarily need to roll your own for each game you play.

Typing It All Together

So that’s the short overview, and as usual the proof is in the eating of the pudding – a pudding that we don’t have yet. Given that digital entertainment is a rapidly growing market, it’s easy to understand why Valve would be interested in moving beyond Steam in its current form to something that can compete with game consoles (and perhaps even Android and iOS at some point, though Valve makes no mention of such a use case right now). SteamOS will be available for free, both to end users and manufacturers, but it’s interesting that there’s no mention of it being open source – the core OS will continue to be open, naturally, but I suspect all of the custom code that speaks to Valve’s servers will never see the light of day (which is fine by me).

A more cynical perspective might say that there’s nothing particularly new or shocking in this announcement. Sure, we’re getting a new gamepad at some point, and another Linux-based operating system, but if you already have a Windows PC connected to your HDTV and running Steam, this hasn’t really changed the equation much. The major difference is that Microsoft is going to get even more competition from alternative OSes, and as someone that enjoys competition I’m not going to complain. It also means that Valve has the potential to increase their revenue stream, not so much from the hardware side but rather there’s the potential for inexpensive Steam Machines to take over the roles that are currently filled by traditional consoles, and of course every game purchased on a Steam Machine is going to come through Steam. You can almost hear the “ka-ching”!

There’s a difference between Steam Machines and traditional consoles of course – or at least there appears to be. There’s no specific set of hardware being dictated by Valve, which means for better or worse users will still have to deal with customizing graphics settings, resolutions, etc. and developers still need to worry about catering to a wide range of hardware with sometimes radically different levels of performance. On the bright side, it also means that Steam Machines won’t have to last 7 to 10 years between updates.

What I’m most interested in seeing right now is what sort of performance we actually get out of SteamOS, on a variety of hardware. We all know that Windows is a tremendously bloated operating system – just look at the default install size of Windows 7 or Windows 8. However, just because there’s a bunch of extra stuff that we may not use all that much doesn’t mean that Windows as a gaming platform isn’t viable. I haven’t personally done any testing of gaming performance on Windows versus gaming performance on OS X or Linux, but anecdotally Windows performance has been substantially better in nearly every case. Valve has the potential to change the equation; with an OS focused much more on gaming, performance in SteamOS could be competitive or even better than what we see under Windows.

Of course, if I’m right about SteamOS using something similar to WINE, we’re talking about adding additional overhead to DirectX/OpenGL, at least initially. It’s a pretty big stretch to expect better performance from SteamOS when it initially launches in 2014, but down the road we might see some real changes in the status quo. Give NVIDIA and AMD some time to work with Valve, and maybe we’ll see porting of AMD’s Mantle to the platform as well (and NVIDIA’s CUDA, etc.).

Short-term, we have more questions than answers, but this is definitely a bold (if somewhat expected) move from Valve. They’ve gone from creating games to becoming perhaps the largest “game publisher” around, and their next step appears to directly challenge behemoths like Microsoft (on both the Windows and Xbox fronts), Sony, and Nintendo. I’d be lying if I didn’t admit that I would really like to see Valve succeed at altering the gaming system landscape yet again.