Find: 50 ms isn't enough - How fast does “virtual reality” have to be to look like “actual reality”? 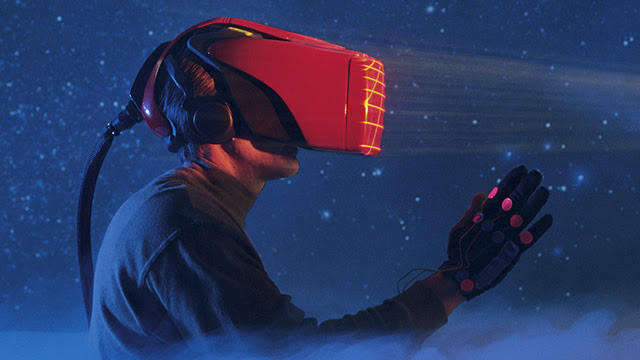 For decades now, virtual reality has been a pipe dream concept, well ahead of the technology needed to realize it. Generating a convincing 3D world that precisely and instantly matches the head-tracked position of a player's gaze was well beyond the headsets that proliferated in research centers and on the market up through the '90s. It has only been recently that products like Sony's prototype gaming headset and the upcoming Oculus Rift have seriously attempted to create believable virtual reality headsets using modern head-tracking and display technology.

But there are some who think the technology in these systems still hasn't been developed far enough to create a truly believable, head-tracked virtual reality. Valve's Michael Abrash laid out this case in a detailed blog post last weekend, suggesting that VR headsets need a "Kobayashi Maru moment" to solve the inherent problem of display latency that plagues current and upcoming headsets.

Current non-VR games usually bottom out at about 50 milliseconds (ms) of latency between a controller input and the time the pixels actually update. That's more than fine when viewing an image on a stationary screen, Abrash says, but VR systems need much better latency in order to trick the brain into thinking it's looking at a virtual world that completely surrounds the player wherever he or she looks. "The key to this is that virtual objects have to stay in very nearly the same perceived real-world locations as you move; that is, they have to register as being in almost exactly the right position all the time," Abrash writes. "Being right 99 percent of the time is no good, because the occasional mis-registration is precisely the sort of thing your visual system is designed to detect, and will stick out like a sore thumb."