Maybe hmds are finally coming of age -- but they will always be niche. Only a minority wants to be immersed alone in a virtual world -- that is, so completely cut off from reality. 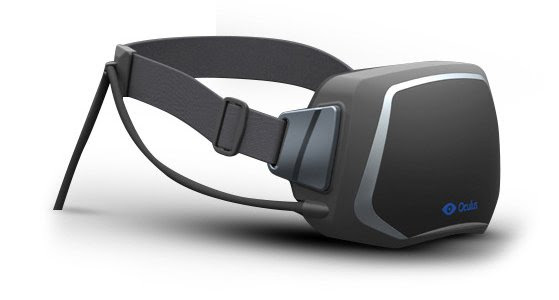 The idea of a mass-market virtual reality headset that totally immerses players in a game world died out pretty quickly in the '90s, a time when the technology wasn't quite up to the heady concept. Now, a hardware designer named Palmer Luckey thinks that technology has finally caught up with the dream, and seems to have done a good job convincing a lot of game designers that he's right.

Luckey's head-mounted display, the Oculus Rift, launched on Kickstarter today after first being previewed at E3. The device quickly surpassed it's $300,000 funding goal (approaching $600,000 at the time of this writing), primarily by selling $300 development kits to thousands of backers. Those developers include id Software's John Carmack, (who'll be bringing Doom 3 BFG as the first game to support the headset), Epic Games' Cliff Bleszinski, Unity CEO Dave Helgason and Valve president and owner Gabe Newell, who offered up supportive quotes on Rift's potential for truly immersive virtual reality.

What makes Oculus Rift different from the failed consumer head-mounted displays of the past (and present)? The creators tout a 110-degree diagonal field of vision that eliminates the "tunnel vision" effect of some displays with smaller screens, and an "ultra low latency" head tracking system that prevents the nausea that can come when the image lags slightly behind your craning neck. The Oculus Rift SDK will support games created in both the Unreal and Unity engines, which should make it relatively easy to convert a wide variety of games to the stereoscopic headset when it's finally ready for release.