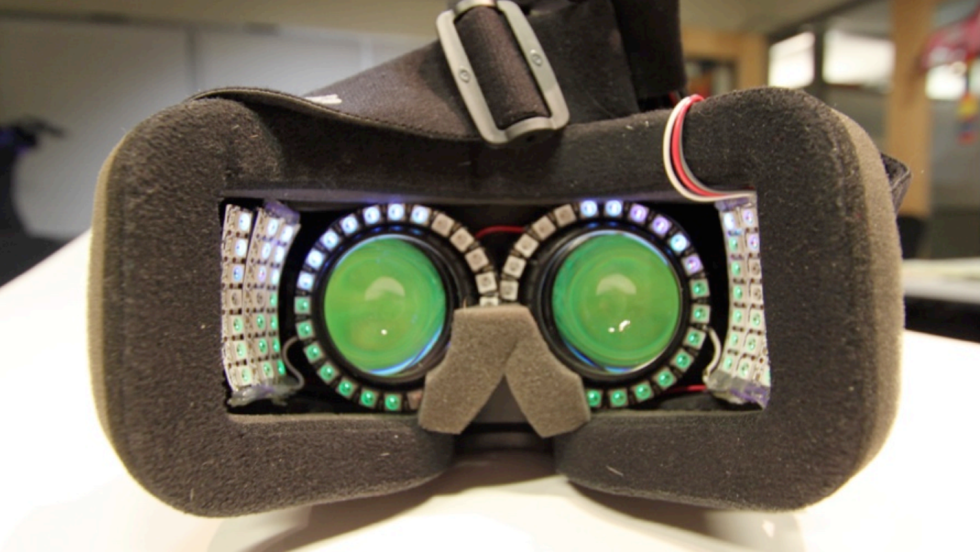 The current world of consumer-grade virtual reality has a bit of a tunnel-vision problem. As realistic as VR can feel, even the most expensive headsets are restricted to a 110-degree field of view, compared to the over 180 degrees of real-world vision. While most early industry enthusiasts have been able to get past that issue, a team at Microsoft Research has not.

"You don't realize when you're playing with Oculus or other [headsets] how much black there really is in the device," Carnegie Mellon PhD candidate Robert Xiao said in an interview with Ars Technica. "You strap it on, and the first thing your eyes focus on is the middle part, the bright screen. You don't realize how much of the visual field is taken up by black, empty space."

Xiao, who served as a Microsoft Research intern in 2015 as part of his work in CMU's Human Computer Interaction Institute, decided to focus on that blackness in his first major Microsoft project. Alongside senior researcher Hrvoje Benko, Xiao came up with an idea borne mostly from affordability: a cheap array of LEDs to fill in the rest of a VR headset's dark spots. (The results of their findings were published in CHI'16 last week.)

Shared via my feedly reader