Founder says their decades long upgrade cycle leaves them out of date. 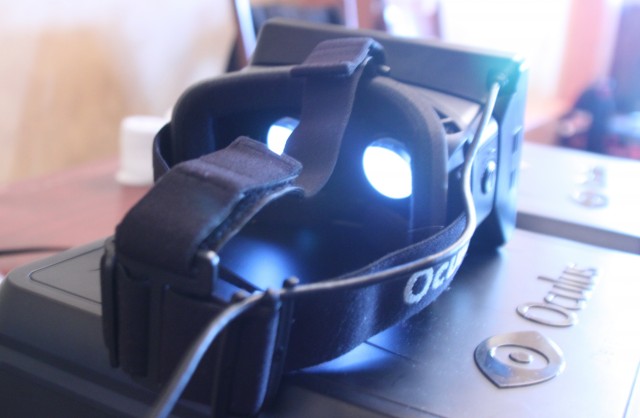 The final Oculus Rift development kit sitting on top of its included carrying case.
Console gamers hoping to walk around an immersive virtual reality world with the compelling Oculus Rift may have just had their hopes dashed by Oculus cofounder Palmer Luckey. In an interview with TechRadar, Luckey says that even the new Xbox One and PlayStation 4 are "too limited for what we want to do."
Luckey's biggest knock on the consoles is one that should be familiar to any PC gamer: the living room systems are stuck at a set power level for years. "The problem with consoles in general is that once they come out they're locked to a certain spec for a long, long time," Luckey said. "Look at the PCs that existed eight years ago. There have been so many huge advances since then. Now look at the VR hardware of today. I think the jump we're going to see in the next four or five years is going to be massive, and already VR is a very intensive thing, it requires rendering at high resolutions at over 60 frames a second in 3D."
On that last score, Luckey was also concerned with recent reports that launch games on the PS4 and Xbox One are already scaling back resolution in order to hit 60 FPS on a 2D display. "It's hard to imagine them running a VR experience that's on par with PC," he said. "And certainly five years from now the experiences and the technology for virtual reality that will be available on PC is going to be so far beyond anything that a console can provide."
Read 2 remaining paragraphs