Interesting information on lcd color displays, and their challenges.
***

When we reviewed the Kindle Fire HDX, we were impressed with its gorgeous display. High density displays are common now, but to find a display with bright, vivid, and accurate colors is something special—not what you'd expect in a product that costs less than $250. But we did see something unusual: a blue glow bleeding in from the edge of the display. We gave the pre-release hardware the benefit of the doubt; often, early hardware isn't quite at production levels. Now that the Fire HDX is in buyer's hands, though, it seems that the blue bleed is endemic. And after doing a little research, we've discovered that the HDX's stunning display and its blue bleed are related. 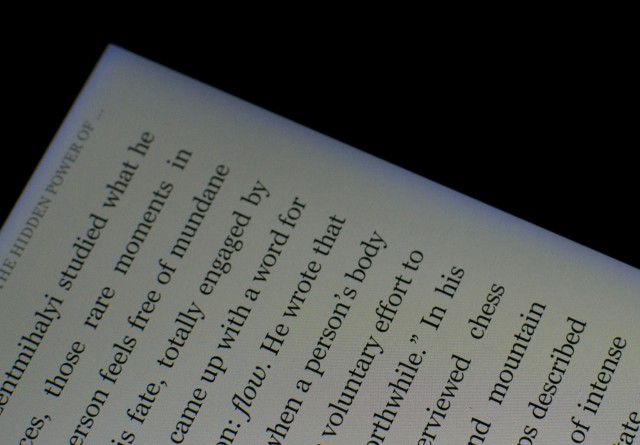 Our review sample, with blue bleed in full effect.

The Kindle Fire HDX's  1920x1200, 7-inch display is built by LG. For movies and most UI experiences, everything looks fantastic. Open the browser, however, and you're likely to run into the problem: a faint blue haze glows along some edges of the screen, especially when the screen is mostly white. That blue bleed was evident for users that read with the light background in the Kindle app. Since reading is an integral experience to all Kindles, this problem has caused a considerable amount of consternation.

Amazon seems to be trying to get ahead of that consternation, though; if you check the order page for the Kindle Fire HDX, you'll see a little disclaimer regarding what Amazon describes as "a blue tint around the edge of the device." The company also states that "[a]ll displays have some level of light emission around the edges, and the light on the Kindle Fire HDX 7" is blue due to the technology used to render perfect color accuracy." The first part of that statement is true, but it was the second part that really got us curious.