Find: The fourth-generation iPad's new GPU is a quad-core monster

The fourth-generation iPad's new GPU is a quad-core monster 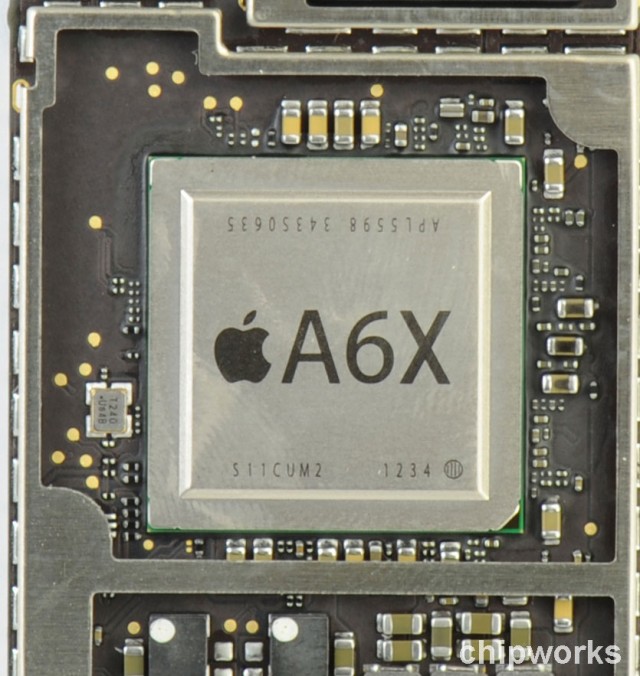 We already know that the biggest change in the not-so-different fourth-generation iPad is its brand-new A6X processor, but we've still been left to guess at many of the details. We know that it uses two of Apple's custom ARM CPU cores, and we know that Apple promises twice the CPU and GPU performance of the previous-generation iPad, but up until now we haven't known just how its quad-core GPU would deliver the promised performance gains.

That has changed now that Chipworks has taken the A6X apart for analysis. The new A6X, which like the A6 and newer A5 chips is manufactured on Samsung's 32nm process, is apparently 30 percent larger than the A6 despite using the same CPU cores. As in the A5X, most of that space is being taken up by the massive graphics processor required to drive a high-resolution panel like the iPad's Retina Display.

We had guessed that the new iPad could be running the same Imagination Technologies PowerVR SGX543MP4 as the A5X, simply running at a higher clock speed—this would theoretically be able to reach the doubled performance claims that Apple is making, but as we know, ramping up clock speed can be a power-inefficient way to raise performance. Chipworks' analysis shows the GPU cores to be much larger than the SGX543MP4's, though, and based on this information AnandTech deduces that the A6X is using a more-powerful PowerVR SGX554MP4.