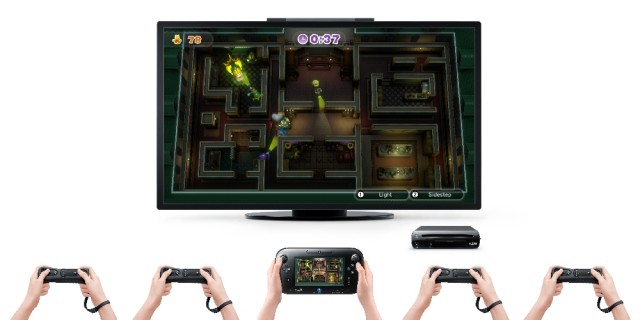 Depaul students were excited about the ability to give players exclusive information and abilities through the Wii U tablet.

Walking west on Chicago’s newly fashionable Randolph Street, just across the Chicago River from the Loop, the landscape began to change. About five blocks back I had passed Stephanie Izard’s Girl and the Goat restaurant, but with the last Starbucks in sight rapidly fading behind me, there were only old, unmarked warehouses as far as the eye could see. I came upon a conspicuously dressed security agent on the north side of the street and checked the address above the door. The nearby gentleman with a Triforce tattoo proudly displayed on his bicep gave me confidence that I was in the right place for Nintendo’s stealthy, pop-up preview of the Wii U for gamers on the third coast.

About 150 Club Nintendo members had received a golden ticket for each night of this four-day junket, but I was more interested in talking to the invited students from DePaul University’s Game Dev program. These were undergraduates and graduate students who had made the decision to come to a four-year, liberal arts school to study up on how to make modern games. They weren’t just here to see if the Wii U’s unique touchscreen tablet controller made it a system worth buying. They were also evaluating potential career paths, sizing up the development potential of what will be the first of the several systems that could shape the opening decade of their young careers.

This wasn’t just a regular demo session for them. It was Nintendo’s chance to sell a set of up-and-coming developers on its vision for the hardware. The students' reaction was a mix of giddy optimism about the system's potential and cynical skepticism about certain aspects of Wii U development.