This might actually take some market share from IPad.
Nvidia reveals Kai: a platform for building quad-core Android tablets priced at $199
The Verge - All Posts 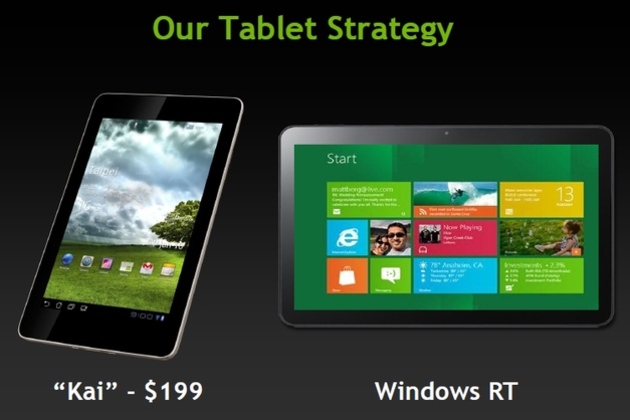 When Nvidia CEO Jen-Hsun Huang said we might see $199 Tegra 3 tablets this summer, he wasn't speculating idly. Nvidia has revealed that it's working on just such a tablet: Kai. At the company's annual meeting of investors last week, VP Rob Csonger revealed the idea, and explained Kai isn't just a piece of hardware, but a plan to democratize its quad-core Tegra 3 system-on-chip. Nvidia wants to offer tablets that are more powerful than the Kindle Fire at the same price point, he said:

Our strategy on Android is simply to enable quad-core tablets running Android Ice Cream Sandwich to be developed and brought out to market at the $199 price point, and the way we do that is a platform we've developed called Kai. So this uses a lot of the...